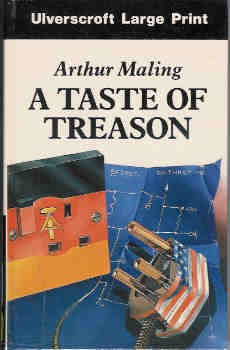 Ex-library with usual stamps, lightly used. Pictorial boards with no jacket, apparently as issued. Text is clean and unmarked. "Brock Potter of New York's top Brokerage firm of Price, Potter and Petacque, is facing a particularly tense and complex problem. Kevin Rand, an executive of Calthrop Industries, has been found guilty of passing Defence secrets to East Germans; and it was on Brock's strong recommendation that Rand, a family friend, had been appointed to the job. When Rand is murdered in prison, Brock is drawn into a highly dangerous investigation which nearly costs him his... View more info