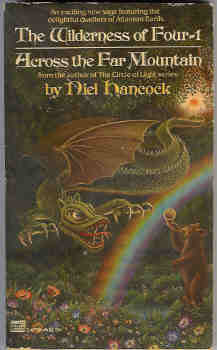 Across the Far Mountain (The Wilderness of Four, Book 1)

Some edgewear and bumping. Light crease on front. Text is starting to yellow, but clean and unmarked.

"'Across the Far Mountain' is the story of Borim, the gentle bear cub who, against his will, became king of his nation. You follow his apprenticeship at the hands of wise beasts and horrifying monsters, and witness his courage in the momentous struggle against the demons who would control the earth."; 6¾" - 7¾" Tall; 255 pages
View More...