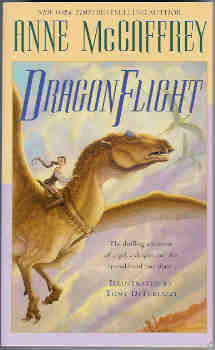 This is the first novel in McCaffrey's Pern series, which has now been delighting readers for some thirty-five years, in a specially illustrated edition.
"After ten long Turns, Lessa was ready to come out of hiding, to reclaim her birthright . . . and to Impress the young dragon queen and become Weyrwoman of Benden.
Suddenly the deadly silver Threads once again threatened all Pern with destruction. But the might telepathic dragons that for centuries had defended Pern were now few in number, not nearly enough to protect the planet in its hour of greatest peril. Then Lessa hatched a daring and dangerous scheme to rally support from people who had long ago ceased to exist!"; 7¾" - 9¾" Tall 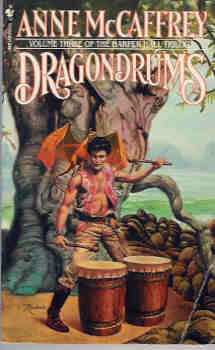 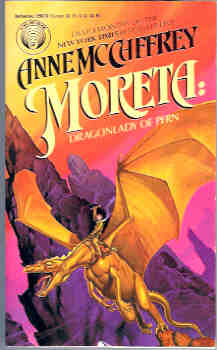 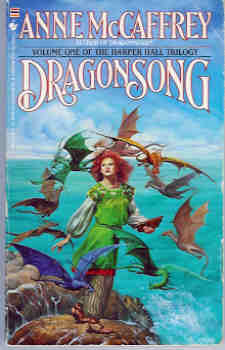 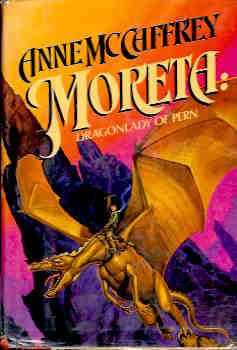