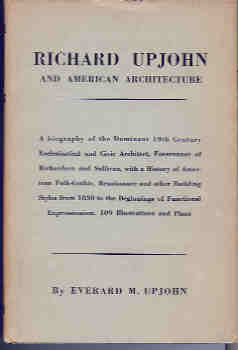 Green cloth boards, xvii + 243 pp, index, bibliography, appendix listing works of Richard Upjohn, 109 b/w illustrations and photographs of his work and designs. Spine slightly slanted and sunned, corners bumped, slight edge wear, postcard sized area on right hand side of front board is a lighter green. Small stamp with owner's name on front end paper and title page. End paper has 3 1/4" stamp with owner's initials against a black background. Jacket has slight edge wear, spine heavily sunned, edges lightly so. Two magazine articles laid in: Time, November 12, 1956 on "Louis Sullivan: Skyscraper Poet" (along with the first page of an article on Cardinal Mindszenty's release from a Hungarian prison), and The Living Church, January 18, 1959 with a page on the 150th anniversay of Grace Church, New York.

"A biography of the dominant 19th Century Ecclesiastical and Civic Architect, forerunner of Richardson and Sullivan, with a history of American Folk-Gothic, Renaissance and other building styles from 1830 to the beginnings of functional expressionism. 109 Illustrations and Plans."

According to the encyclopedia, Richard Upjohn "in 1839 was engaged to rebuild Trinity Church in New York City... which inaugurated a new phase in the Gothic revival. Upjohn designed the Old St. Thomas Church in New York City (later burned), several churches in Brooklyn, the chapel of Bowdoin College, smaller Gothic churches, and many residences. He was a founder of the American Institute of Architects and its first president (1857-76)."; 8vo - over 7¾" - 9¾" tall 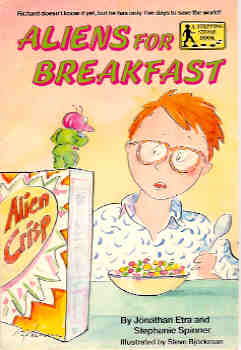 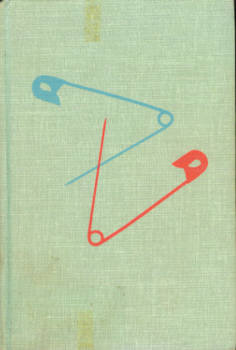 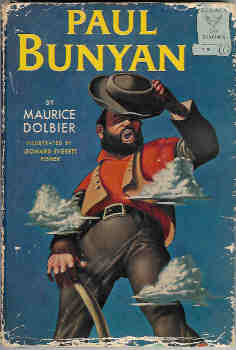 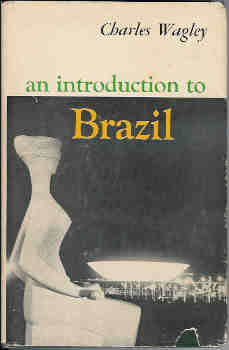 An Introduction to Brazil