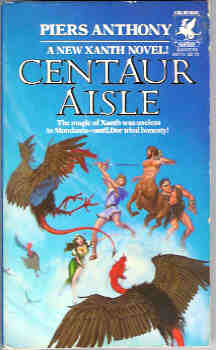 "Dor was having troubles growing up to be the next Magician-King of the magic Land of Xanth. He wanted no part of running the kingdom. But now Good King Trent was leaving on a trade mission to non-magical Mundania, home of such weird beasts as horses and bears, so Dor had to take over as King for a week.
A week passes. No Trent. Then three weeks. King Trent still hadn't returned. Surely, something terrible had happened; he was apparently held captive in some foul dungeon, unable to escape. Dor was left with the burden of ruling -- and with Irene, who was entirely too willing to be his Queen!
His only hope was to enter Mundania and free King Trent. But how could it be done without the powers of magic? Nevertheless, he started forth bravely -- together with Irene, a golem, a centaur, and a young ogre -- heading for the far south of Xanth.
The entrance to Mundania, of course, lay to the north."; 6¾" - 7¾" Tall 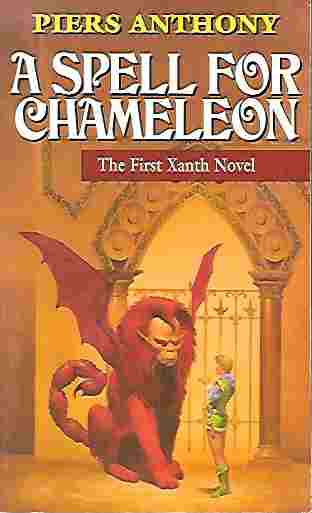 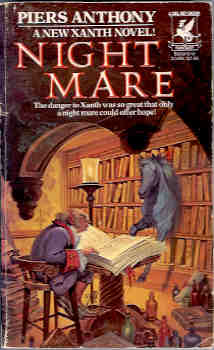 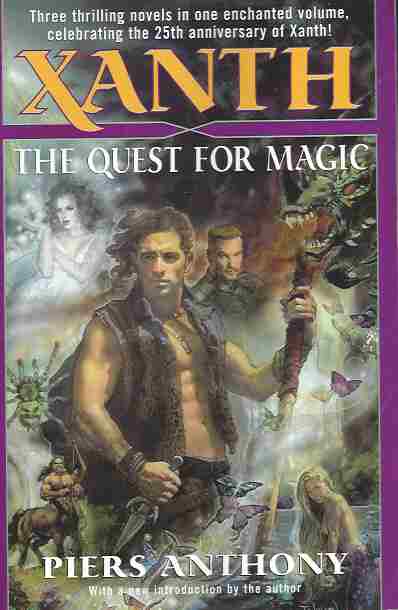