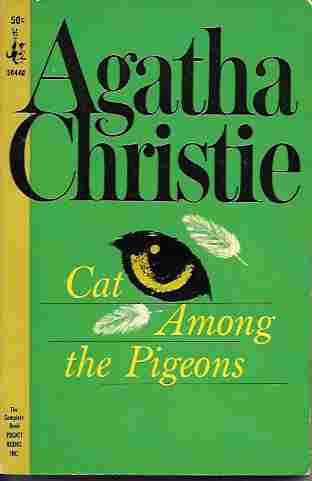 Cat Among the Pigeons

Spine slightly slanted, slightly creased, corners bumped, slight edge wear and rubbing. An attractive copy. ;
Pocket 50440, Postcard advertisement tipped in for 'Famous Writers School.' Do you think they're still sending out their Aptitude Tests? ; Hercule Poirot; 5¾" - 6¾" Tall; 216 pages;
"'You seem to have explanations for everything, M. Poirot! '
"'That, said Inspector Kelsey with a slightly malicious smile, 'is his specialty.'
"And fortunate it was that M. Poirot had been called in on the case. Three people were already dead. Neither the local police, nor the intelligence officers who were secretly involved nor even Miss Bulstrode, the formidable headmistress of Meadowbank school, where the murders had taken place, could find a single revealing clue.
"But M. Poirot put together certain observations and experiments. He wondered about the appearance of a young girl's knees. He had an artist draw a portrait of a young woman with a new hairdo. He examined a tennis racket.
"AND he found not only the murderer of Miss Springer and Mademoiselle Blanche, he also found - well, read the story yourself. "

Title: Cat Among the Pigeons 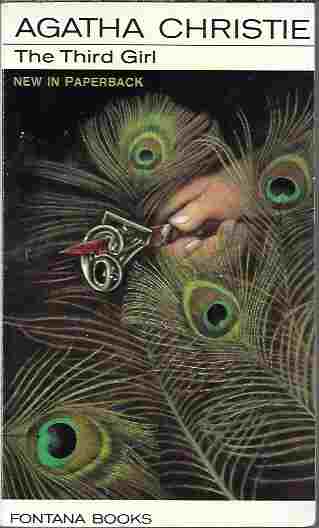 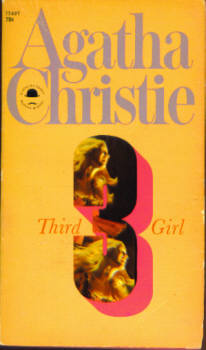 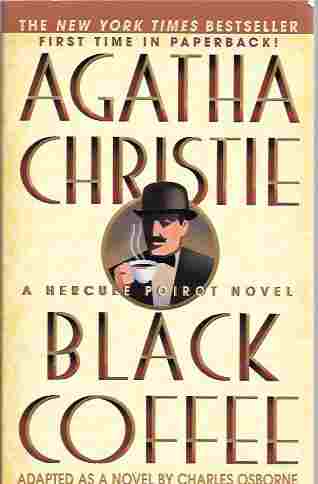 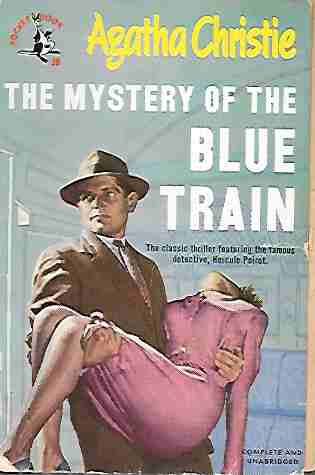 The Mystery of the Blue Train

Cat Among the Pigeons