Spine slightly cocked, corners bumped, slight edge wear and rubbing. A nice copy of this uncommon omnibus edition. ;
The interior of this book is the 'All Aces' omnibus from the Viking Press, however it has a different binding. The boards are red with a black spine, with 'Rex Stout' in gold letters at the top, the three book titles down the spine in black, and at the base is a Sherlockian figure with pipe and magnifying glass with the initials 'D M G' at the base. I presume this was a special book club binding. ; Nero Wolfe; 7¾" - 9¾" Tall; 442 pages;

"'Some Buried Caesar', in which a pedigreed bull figures so prominently, was a favorite of Alexander Woollcott's, and was one of the two novels which first made Stout's great reputation. . . The other novel, a classic of the 1947 vintage, is 'Too Many Women', in which Archie works for a colossal firm where five hundred of America's most beautiful girls have been gathered under one corporate roof.
"The three 'long-shorts,' originally published in the volume called 'Trouble in Triplicate', are "Before I Die", in which Nero snatches at a pork chop and falls into the hands of some particularly sinister black-market operators; "Help Wanted, Male," in which the Great Man gets a new stand-in; and "Instead of Evidence," in which someone smokes one trick cigar too many."

Title: All Aces - A Nero Wolfe Omnibus (Too Many Women, Some Buried Caesar, Trouble in Triplicate)

To the Stars (Wheelworld Omnibus) 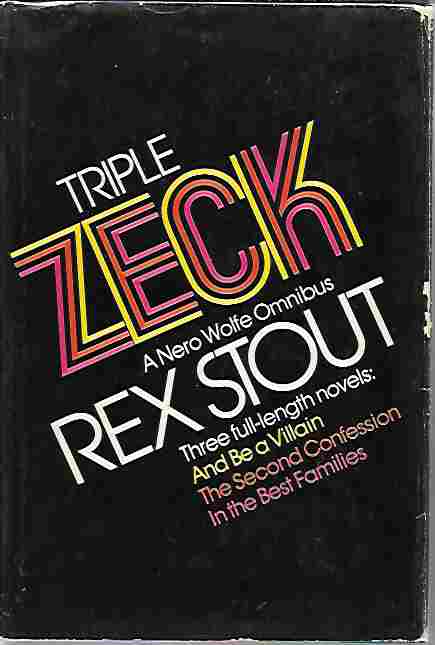 Triple Zeck : A Nero Wolfe Omnibus (And Be a Villain; The Second Confession; In the Best Families) 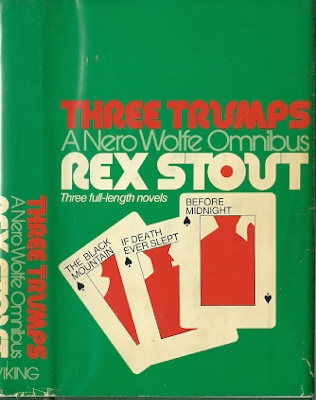 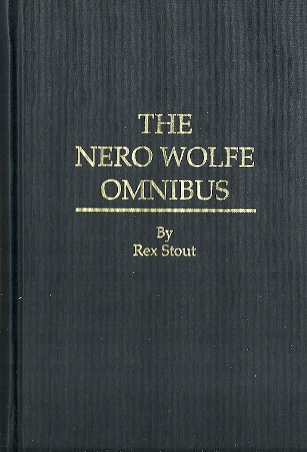