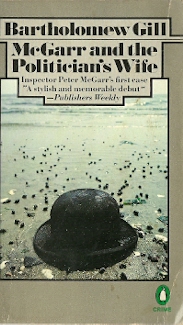 McGarr and the Politician's Wife

First in the Inspector Peter McGarr detective series.
"McGarr is called in when Robert Ovens, an eccentric and enigmatic American, has his skull smashed open by a winch handle on board his own schooner, The Virelay. At the yacht club where Ovens was discovered unconscious, both Bill Martin, the ancient and seemingly harmless boat boy, and Horace Hubbard, the plump steward, claim that Ovens' injury came about accidentally. But when evidence comes to light that a lovely woman might be involved, McGarr suspects that the facts don't add up to a simple boating accident. Once Ovens regains consciousness and refuses to reveal the guilty party, McGarr's suspicions are confirmed.
With his wife, Noreen, who advises him on every aspect of his job, McGarr combs the coast of Ireland and the misty streets of Dublin to uncover the identity of Ovens' assailant. It is then he discovers that more than straight police work is involved. . . A treacherous political trap is being set for him. "; Ex-Library; 6¾" - 7¾" Tall

Title: McGarr and the Politician's Wife 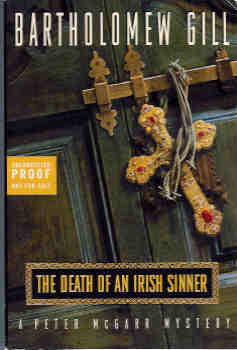 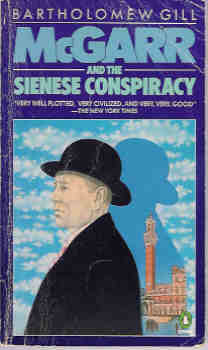 McGarr and the Sienese Conspiracy 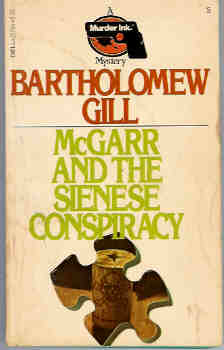 McGarr and the Sienese Conspiracy (A Murder Ink. Mystery) 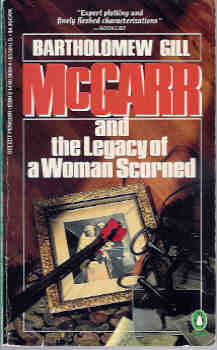 McGarr and the Legacy of a Woman Scorned

McGarr and the Politician's Wife