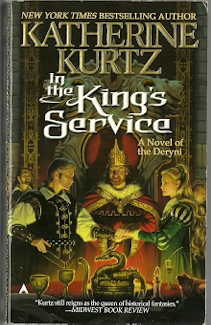 In the King's Service

"This is a tale of an earlier time in the kingdom of Gwynedd, a time before the magical Deryni were persecuted as evil beings, before they were hounded nearly out of existance, before those of Deryni blood feared to let it be known.
"In those days, the Deryni Council took a hand in the affairs of state, albeit secretly. There were Deryni at court and some of the lords of the land claimed Deryni heritage.
"But the king, Donal Haldane, ruled over all with a casual ruthlessness. He expected much of himself, as a ruler, as a warrior, and as the father of future kings. And he expected the same of those in his service - human and Deryni alike - in spite of the web of royal intrigue that threatened to ensnare them all . . . "; 6¾" - 7¾" Tall

Title: In the King's Service 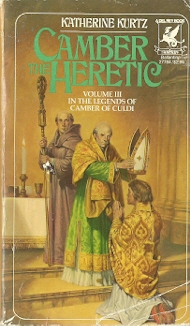 Camber the Heretic (The Legends of Camber of Culdi, Vol. 3) 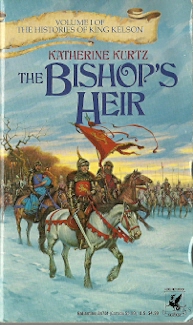 The Bishop's Heir (The Histories of King Kelson, Vol. 1) 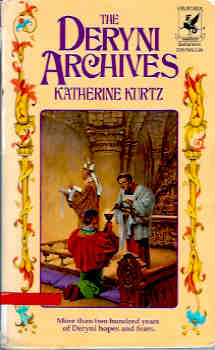 The Deryni Archives (Chronicles of the Deryni Ser.)

In the King's Service