208 pp. Mattson & Davis Format #1 (textured composition binding, medium blue boards, dark blue lettering on front and spine, plain except for a dark-blue illustration of Tom Swift Jr.'s head in upper-right center of front board, superimposed over a blueprint. Pictorial endpapers in blue and white, depicting Tom at the window of his flying lab. Frontispiece and several full- or partial-page internal illustrations on plain paper. Pictorial DJ on white coated paper. Spine contains color logo of Tom's head superimposed over a blueprint with a black rectangle underneath containing "The New Tom Swift Adventures" and the title number enclosed in a white diamond.) Probable publication date is 1960 (lists inside to #15 "Tom Swift and His Spectromarine Selector" copyrighted 1960 and Hardy Boys' "Mystery of the Chinese Junk," also copyrighted 1960.) Boards are fading a little towards edges, some edgewear, corners a little bumped and worn. Text is immaculate. DJ in protective plastic wrap. DJ is price-clipped, with some edgewear, and a little chipping at spine and flap ends. A nice copy.

"The Jetmarine, the second great invention of Tom Swift Jr., takes the young inventor into a desperate battle with bold modern pirates who have been ravaging the sea lanes off our southern coast. The atom-powered, two-man submarine is launched just in time for Tom and his pal Bud to set out to rescue Tom's father, who has fallen into the hands of the pirates. The wily enemy pulls no punches in trying to wreck the amazing jetmarine that out speeds any sub and is able to plunge miles to the ocean floor. Breathtaking running battles through hurricanes and gunfire, thrilling struggles with undersea monsters, imprisonment and escape from the pirate stronghold are part of the excitement of this second book in the new Tom Swift Jr. series."
Age Level: Grades 4-10; 6¾" - 7¾" Tall 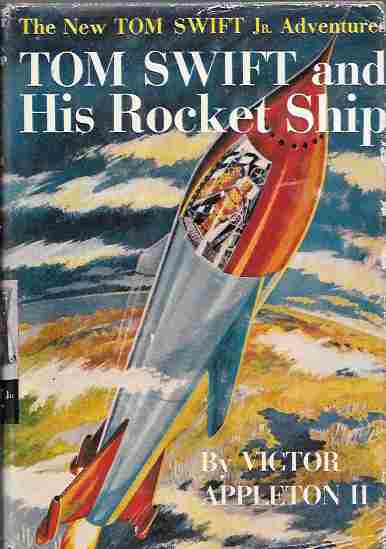 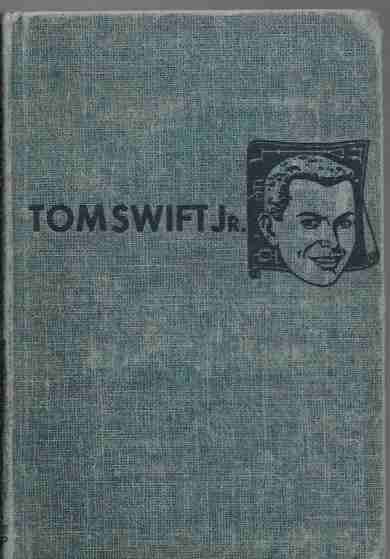 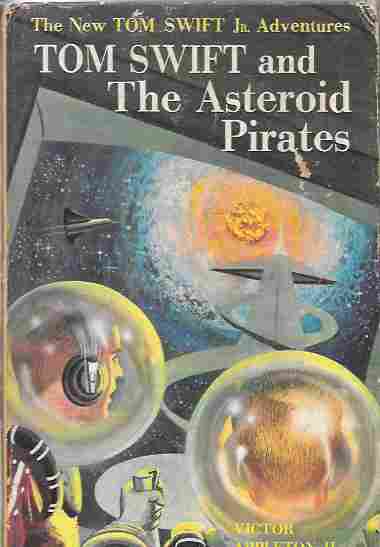 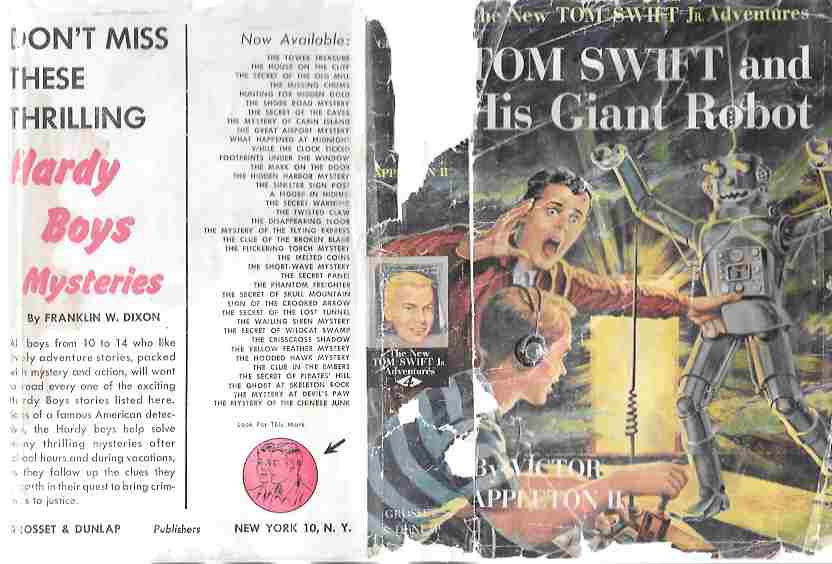