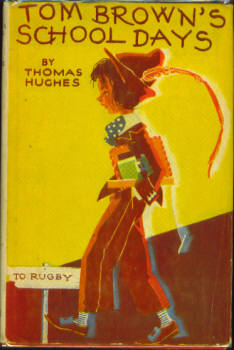 230 pp., red cloth boards with silver type, frontispiece and three full-page illustrations on plain paper. Spine slightly cocked, corners bumped, PO name inside. Text starting to yellow, but clean and unamrked. DJ in protective plastic wrap. DJ has minor edgewear and one 1/2" tear. This edition was issued as part of The World Publishing Company's "The Classic Series," and was probably published in the early 1930s (based on publication dates for the other books in the ad pages).

From Wikipedia: "Tom Brown's Schooldays, first published in 1857, is a novel by Thomas Hughes, set at a public school, Rugby School for Boys, in the 1830s when Hughes himself had been a student there.The novel was originally published as being 'by an Old Boy of Rugby', and it is immediately apparent that much of it is based on the author's experiences. In fact, Tom Brown is based on the author's brother, George Hughes, and George Arthur is based on Arthur Penrhyn Stanley.
Tom Brown was tremendously influential on the genre of British school novels, which began in the 19th century, and is one of the few still in print.; 6¾" - 7¾" Tall 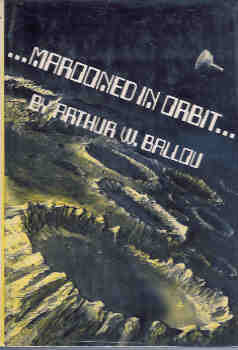 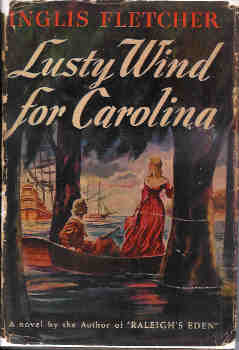 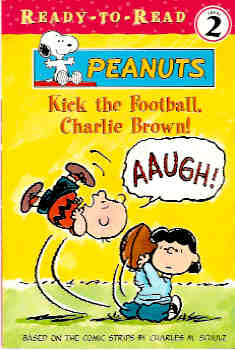 By: Katschke, Judy (adapted by) 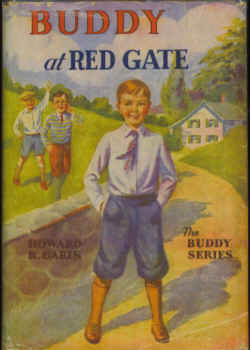